Home
Products
About Us
Factory Tour
Quality Control
Contact Us

In recent years, as more and more people travel to the plateau, the demand for oxygen is growing up quickly in the tourism. In addition, the same demand is in the plateau garrison, plateau construction and local residents. The oxygen supply in plateau is mainly divided into two ways: one is that large oxygen generator deliver oxygen to the room like a central air conditioning, although this kind of oxygen supplying is very comfortable for peoples, but no matter is the upfront investment or after use are not economical, and because the supplied space is larger, the overall rise in oxygen concentration in the room is slow, when the oxygen supplying is stopped, it will cause large waste of the oxygen; the other is like in a hospital, one get oxygen through the oxygen terminal with a portable small oxygen tank, which is not convenient and not comfortable to hang on the the oxygen inhaler in one’s nose but also affect one’s rest, and the oxygen is limited. In this case, our company invented an oxygen enrichment tent. 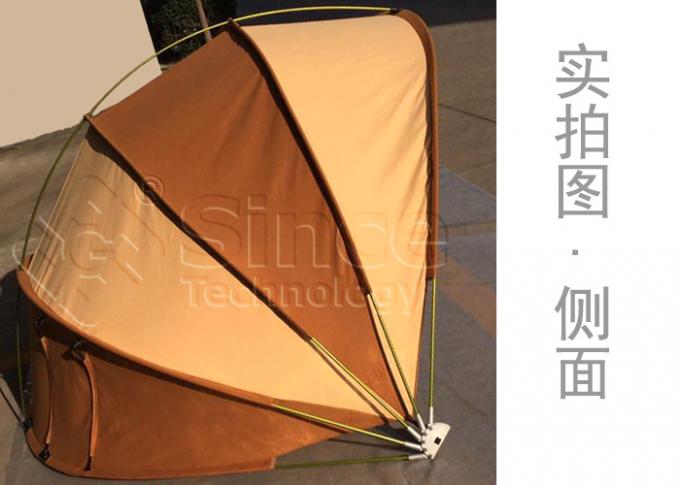 The oxygen enrichment tent invented by our company is committed to improving the oxygen concentration of local space (inside the tent) economically, rapidly and effectively, so that users can absorb oxygen in a relatively comfortable condition and relieve the symptoms of hypoxia rapidly.

Aeration of oxygen into oxygen enrichment tent with micro (medical) oxygen generator, the tent has limited space and requires much less oxygen (oxygen content is about 93%) than the method of central air conditioning to supply oxygen to the room, requiring much less investment in oxygen generator in the early stage.There is no need to lay down supporting terminal equipment of oxygen supplying.In this way, the equipment investment cost is low, the energy consumption is low, the equipment maintenance cost is low, and the economy is good.

The space of the enrichment tent is limited and requires a small amount of oxygen, a small amount of oxygen is needed to rapidly increase the oxygen content of the air in the tent. The experiment proved that the oxygen content in the tent was increased by about 2% after the oxygen (about 93% oxygen content) was penetrated into the tent with a volume of 0.8m3 (used for 1.8m beds) for 1h with a 5L/min micro oxygen generator. Oxygen levels are rising much faster than the centrally air-conditioned method of feeding a room.

A oxygen enrichment tent can be placed directly on a bed. People can rest or play while breathing oxygen in the tent.

Put the tent on the bed, and the oxygen is pumped into the tent by the micro oxygen generator (purity is about 93%). After a period of time, the oxygen content in the tent will increase significantly (about 2%). People lie in the tent to rest while inhaling oxygen, can quickly relieve hypoxia symptoms.