Home
Products
About Us
Factory Tour
Quality Control
Contact Us

The principle of description

The household oxygen machine belongs to the medical molecular sieve oxygen machine, is the clean compressed air as raw material, USES the high quality zeolite molecular sieve as the adsorbent, under certain pressure, makes the oxygen from the air.After purified dry compressed air, pressure adsorption and decompression desorption are carried out in the adsorber. Due to the aerodynamic effect, the diffusion rate of nitrogen in the pores of zeolite molecular sieve is much higher than that of oxygen. Nitrogen is preferentially absorbed by zeolite molecular sieve, and oxygen is enriched in the gas phase to form the finished oxygen. After decompression to normal pressure, the adsorbent desorbs nitrogen and other impurities to achieve regeneration. Generally, two adsorption towers are set in the system, one tower absorbs oxygen to produce, the other tower desorption regeneration, through the PLC program controller to control the opening and closing of pneumatic valve, so that the two towers alternate circulation, so as to obtain a higher purity of oxygen (93%±3). Main components: intelligent integrated oxygen system, air pressure system, precision filtration system, GPRS remote pre-diagnosis system in one, covers a small area, low energy consumption, easy to maintain, and the output of stable, safe and efficient, suitable for families, large hospitals, medical institutions and other large places that need oxygen. 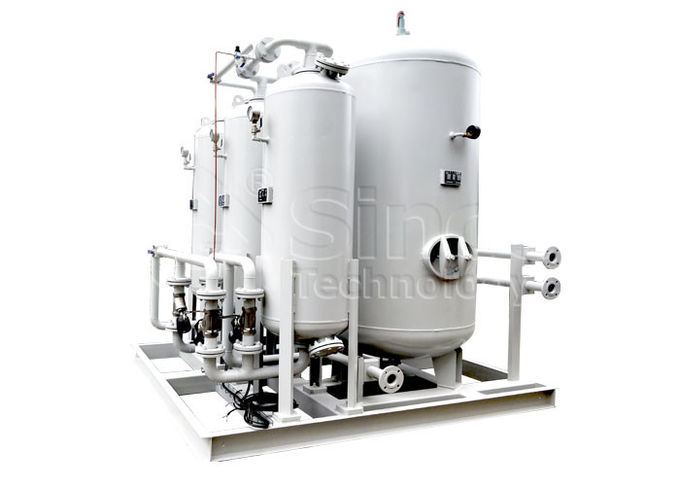 Payment term:30% deposit against the signed PI,70% balance should be paid before shipment.